All in one game console with preinstalled games contains 50 game systems, there are 50,000 games in total. You can switch between different emulators at will, and each emulator is loaded with representative classic games. The console has the latest smart chips built-in, with excellent computing power and fast information recognition capabilities, enough to support the smooth switching and running of many simulators. 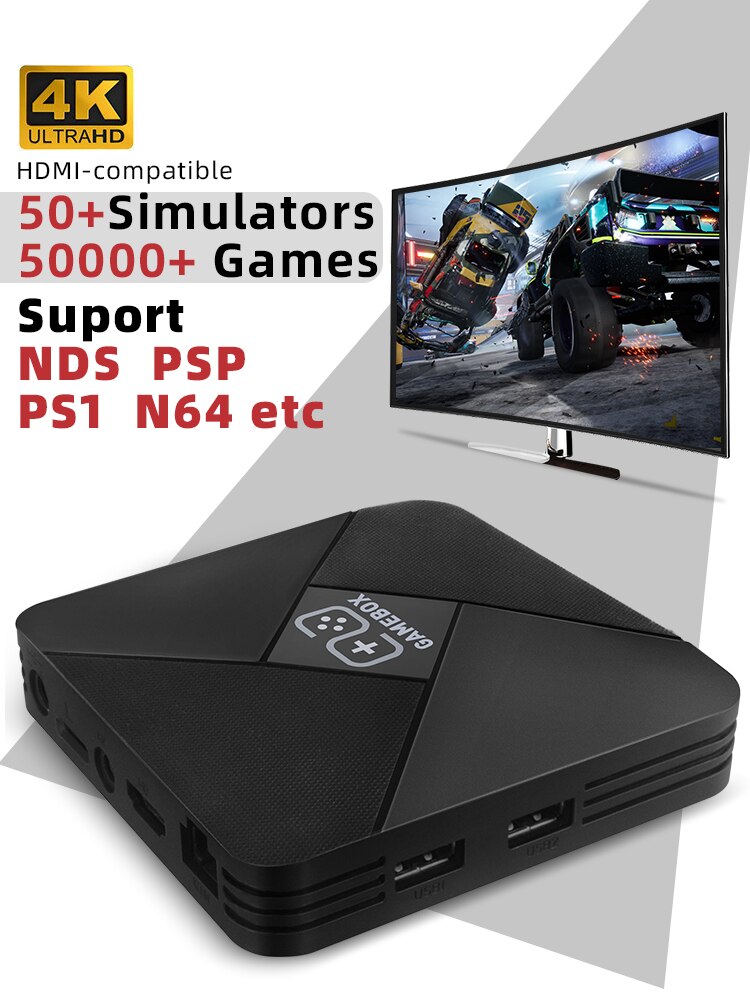 2.4G wireless controller, high frequency signal transmission. The game operation is smooth, no lag, no delay. The ergonomic design, reasonable size and streamlined body make it more comfortable to hold in your hand. 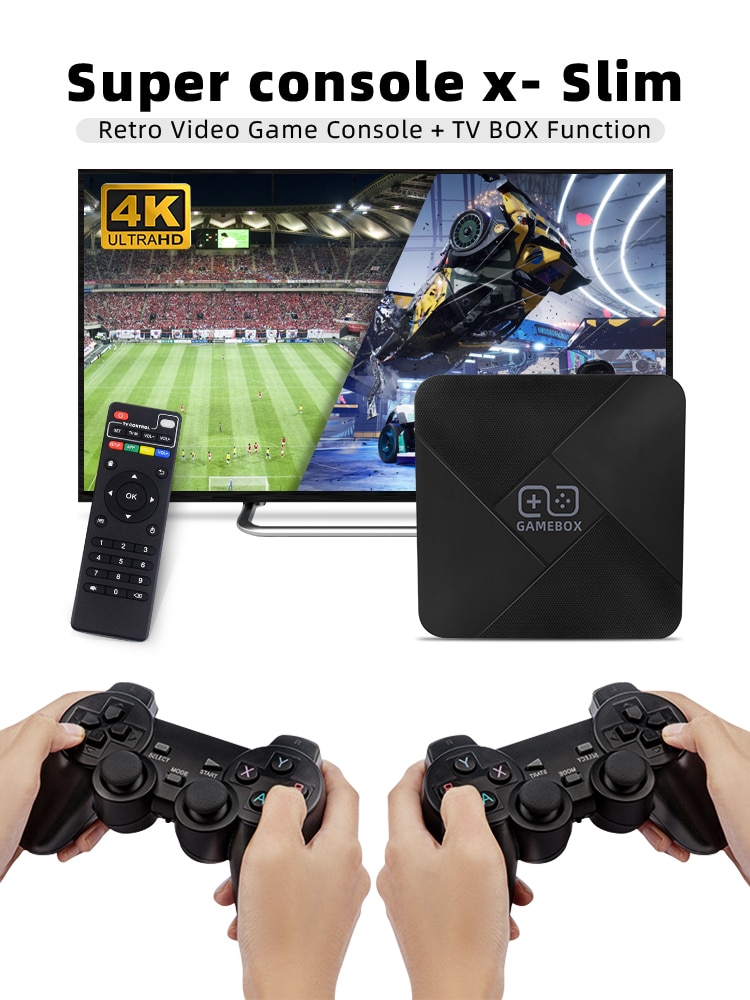 Pre-installed video game console built-in 50000+ TV games, which can be played as will without downloading and installing. In addition, this super box can also be switched to the Android TV 7.0 system, you can download APP in this mode, you can also browse news and watch videos on the TV. 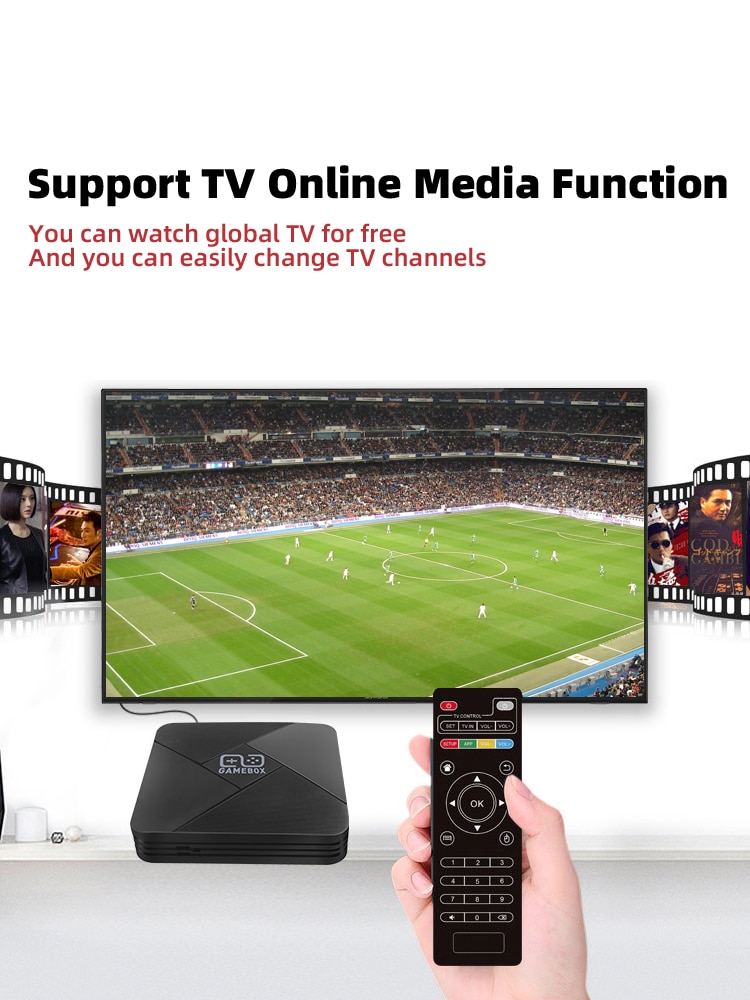 This classic video game console supports connection to the network via LAN and Wifi.The console comes with a universal WAN networking interface, and you can watch videos online directly after connecting to the network. In addition, you can also download APP on Google Play, watch videos and browse information on YouTube.

Note: When connecting to wifi, it can be connected to the Internet only when it is a TV box. 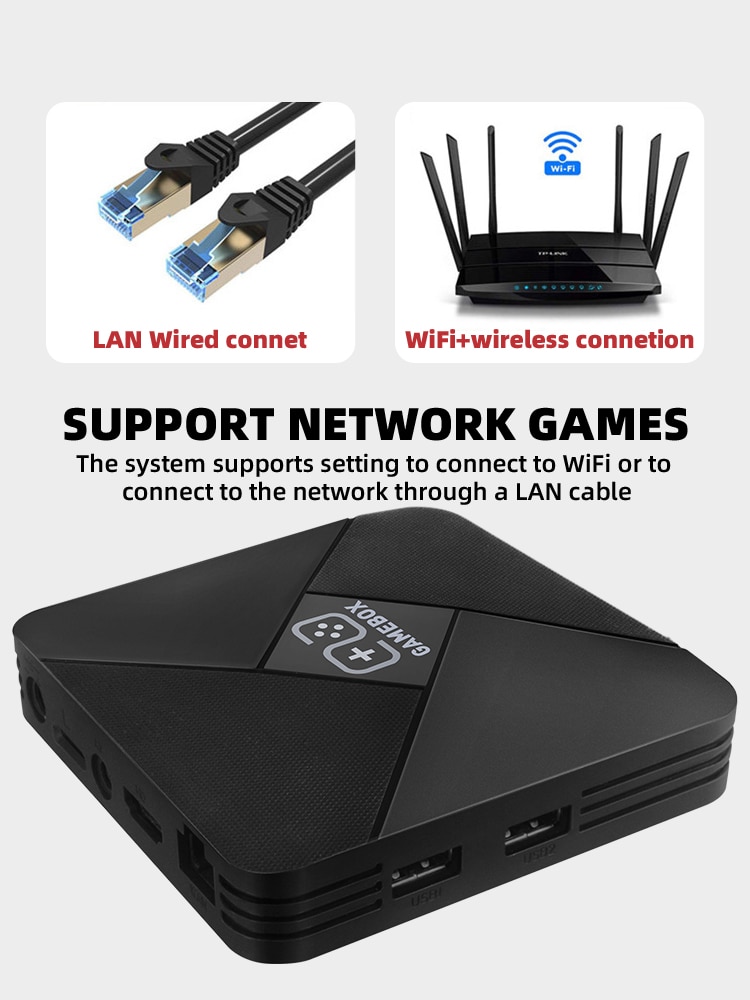 It is the perfect latest TV game console using open source Linux system, and upgrade the S905M chip, which is more powerful, better than RK3326chip, solves the problem of frame loss, and can run 64bit games well. To perfectly meet your needs for image quality and game fluency, it must be value for money. 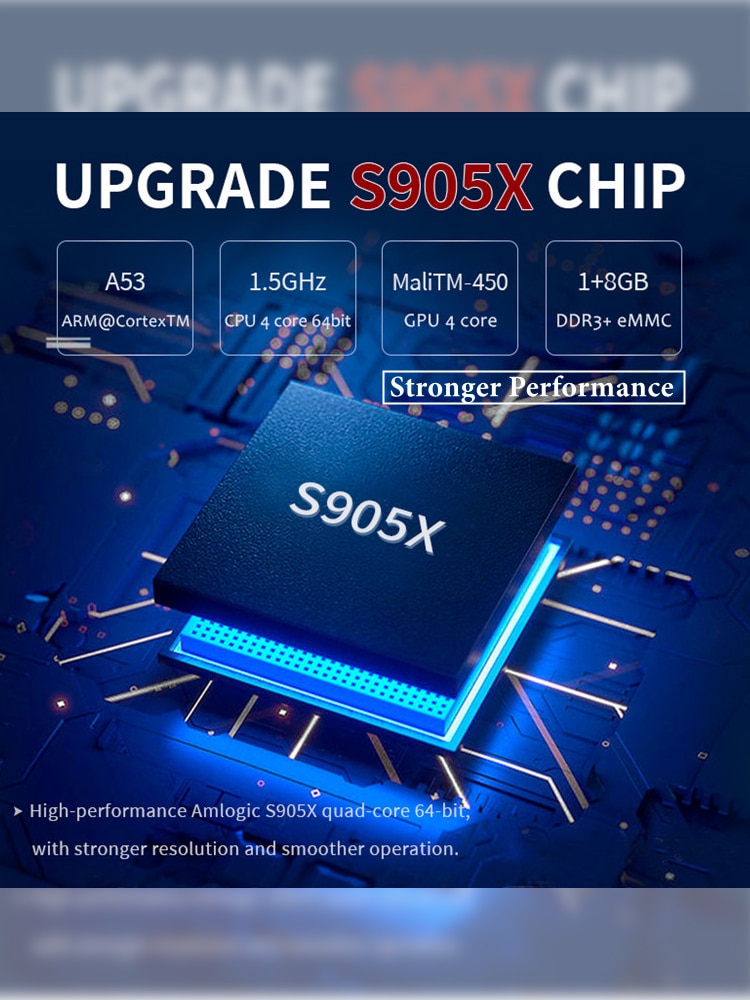 Note: When using NDS, screen operation is required, and the burst button in the middle needs to be pressed. 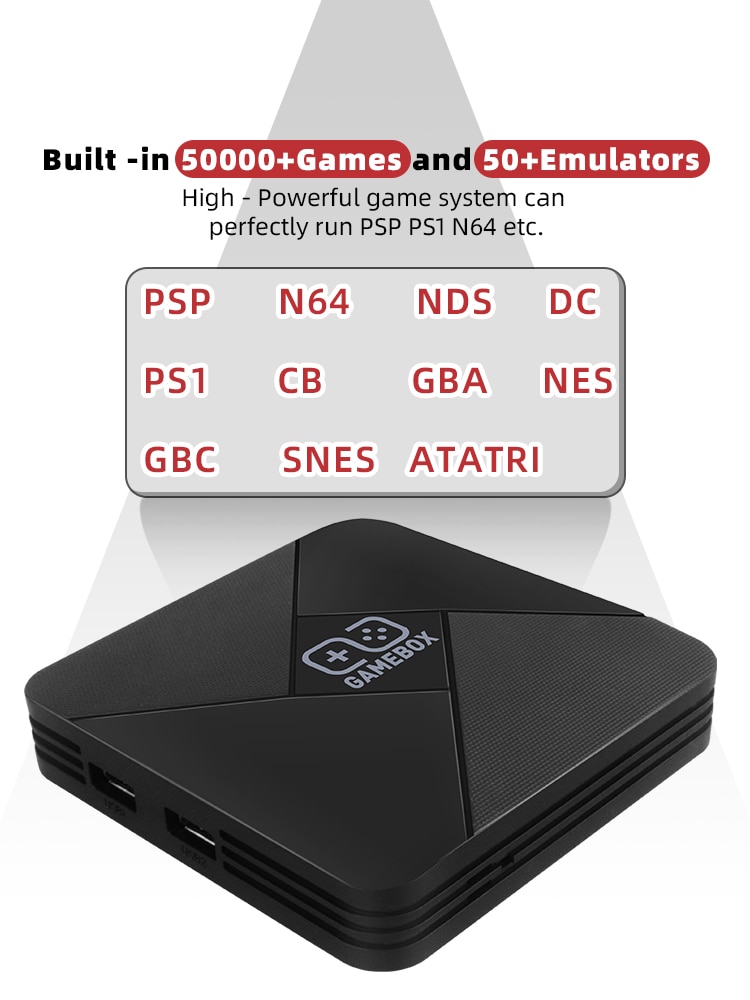 Plug-and-play game console, you only need to connect the HD game box and the TV and you can see the corresponding game page on the TV. HDMI-compatible high-definition cable, 4K output, the game image is clearer. Then you just plug in the signal receiver and you can start playing the game. 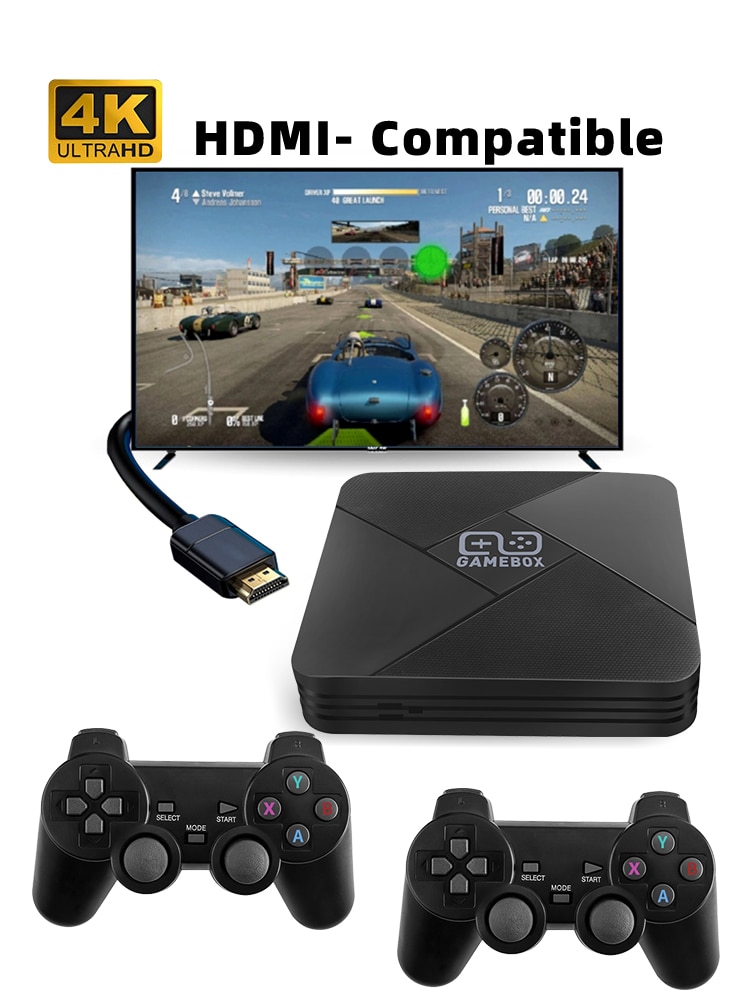 This TV game box is both a video game console and an Android TV system. You can not only play a ton of games, but also use this game machine to open the Android 7.0 system, which you can download the APP on Google play, and watch YouTube 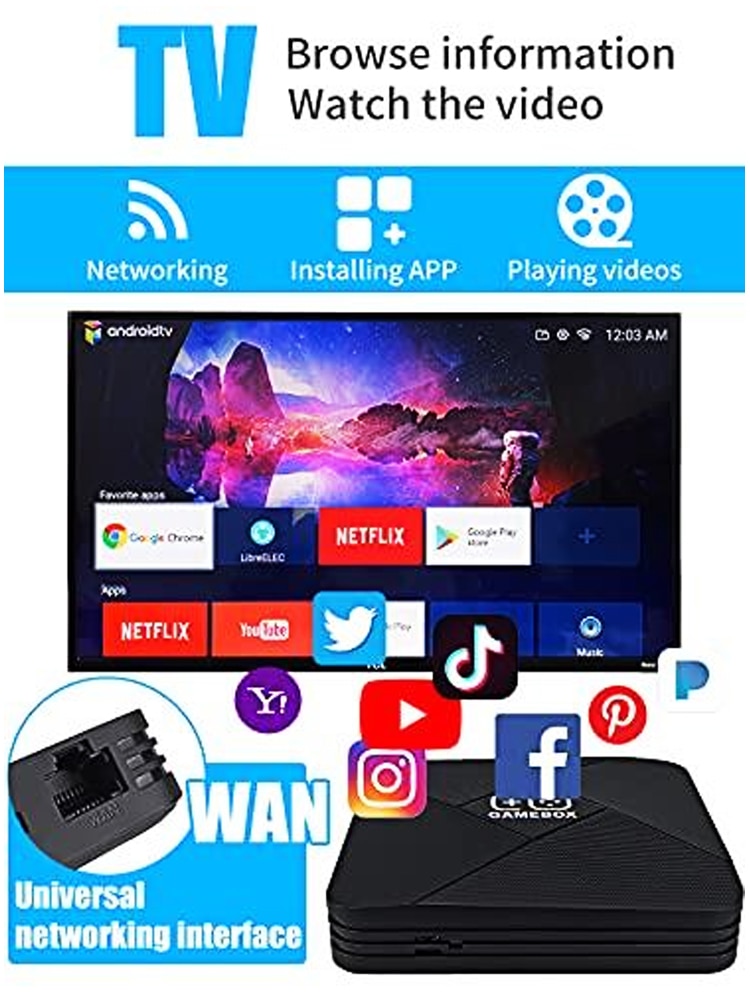 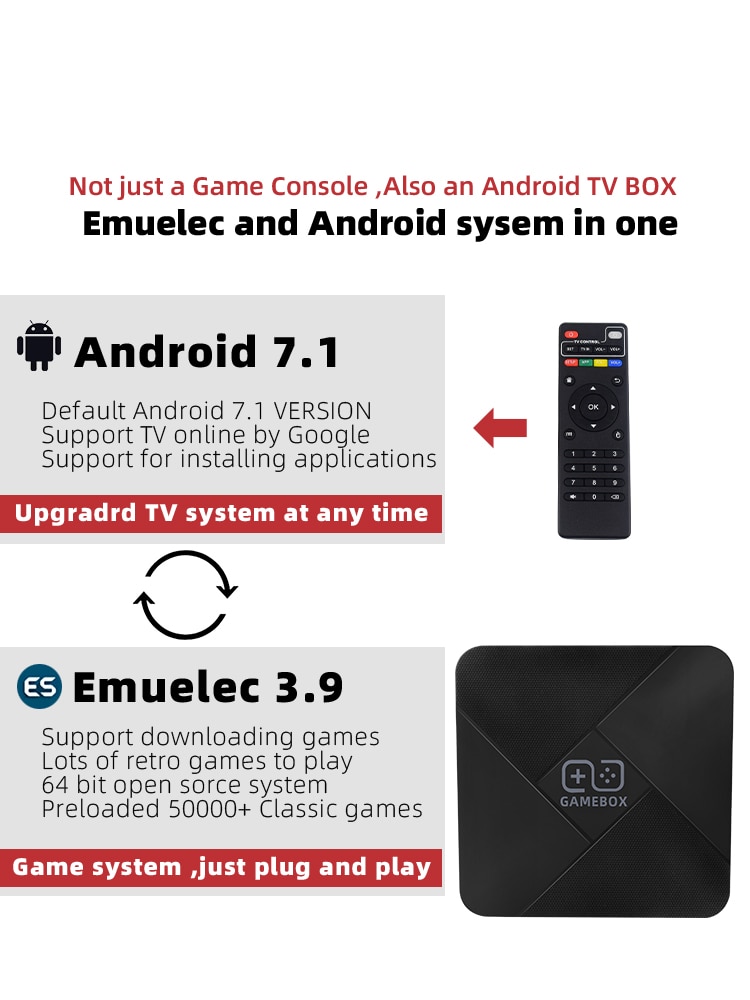 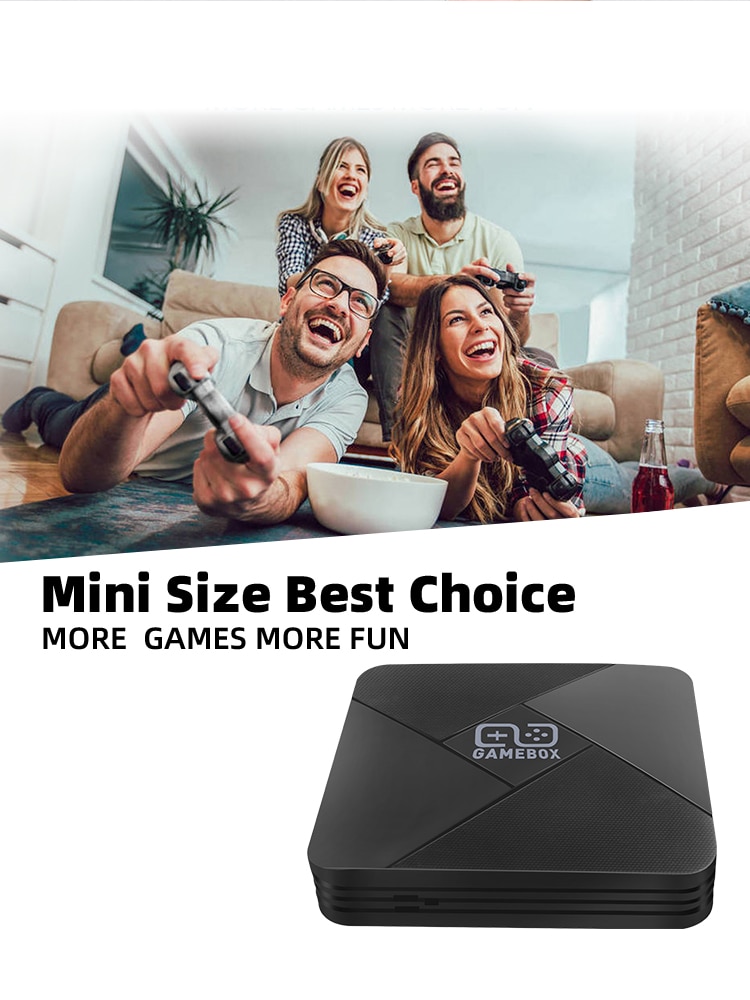 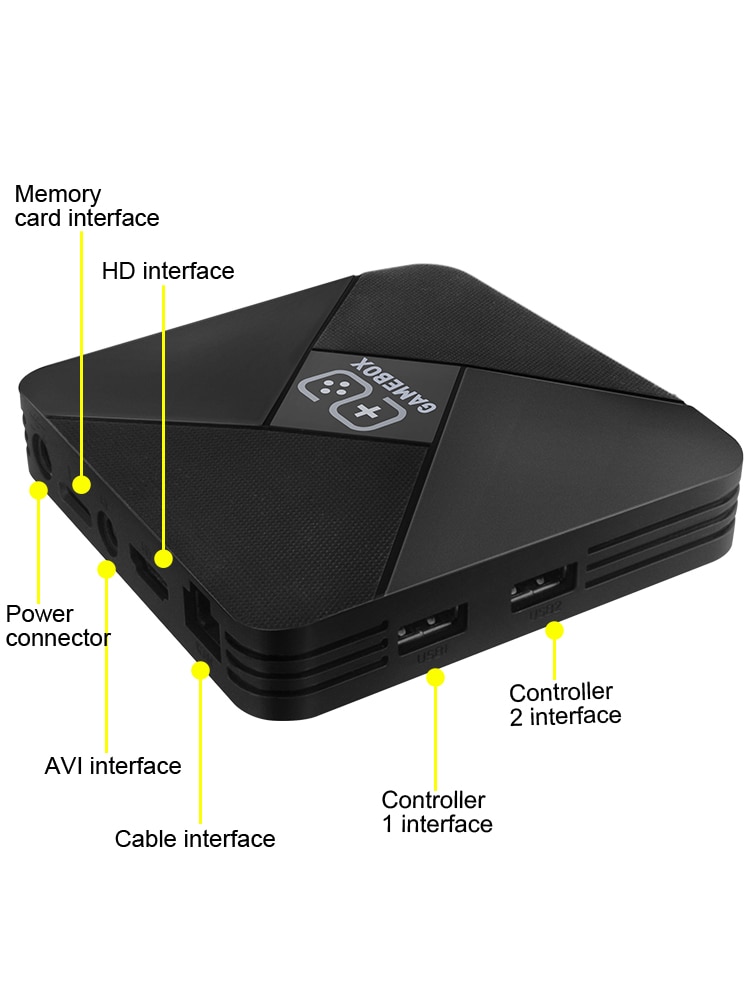 Q: Does the joystick have a vibration function?

Q: Why does a green screen appear after the TV is turned on?

A: Dear friend, it may be that the SD card is damaged. You can leave a message to communicate with our customer service, and we will provide you with a solution.

Q: Some games cannot be opened or the games are stuck?

A: Dear friends, the game consoles are all emulators by default, but some games may not be compatible with the emulator, which will lead to the inability to enter the game, or the game is very lagging, and can not be played at all.

This problem needs to be solved by replacing the emulator. There are many emulators. If the emulator still cannot be opened, replace the other emulator until it can be used.

A: Dear friends, the reason why the machine can’t access the game interface is that the TF card is not read. You can ask our customer service for the software installation package and operation video.

Q: Why can’t the remote control be operated on the game page?

Q: How to quit the game?

A: Just press and hold “select “and “start” on the controller to exit the game.

Q: Why does the remote control not work?

Q: Why after selecting a game, the joystick does not work and the screen appears green color?

A: The game card may be damaged, we suggest you contact us to copy the card content or we will replace the game card for you.

Q: Why can’t the game console appears due to loading, black screen and other phenomena?

A: In general, it is because the SD card is not inserted properly. We recommend that you pull out the SD card, reinsert it, and the charging will work normally.

A: Yes, dear friend, this game console only supports YOUTUBE.

4K HD retro video game console.Plug and Play without any operation!Build In 1700+ Classic Games for NES,support for saving and download the game.This is the best gift you can give to friends and family!